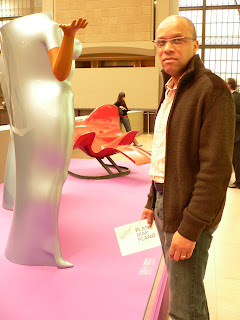 We arrived around 3pm at Charles de Galle airport after a flight lasting less than an hour and took the Paris metro to Porte d'Ivry where we had a room booked at The Best Western hotel. After freshening up, and not wanting to waste time, we set off to meet friends for a drink at the perfect watering hole along the Seine called Cafe Fou, located just in front of the Bibliotheque National de France. It looked great, if only it was open!

We decided to re-arrange our drink for the following day and the two of us headed to rue du Faubourg-Montmarte and joined a lengthy queue of diners waiting for a table at Chartier. Not strictly a brassiere, this one time working-man's soup kitchen has appeared in every budget guidebook for decades. There's constant animation from a swarm of waiters who scrawl your order on the edge of the paper tablecloth and return with your food with breakneck speed. Unfortunately the food wasn't as memorable as the atmosphere. We rounded off the evening sipping organic vin rouge in a small bar located in a quaint arcade just off Montmarte which suspiciously had no wine list or price guide. 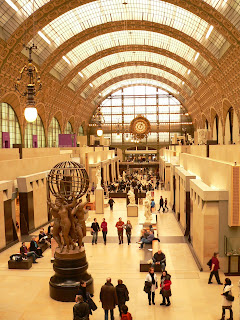 Saturday morning, after filling up on patisseries, scrambled eggs, toast etc, we set off for a cultured day at Musee D'Orsay where we enjoyed the current exhibition, Art Nouveau Revival, as well as the museums wider collection. I was delighted to see works by African American painter Henry Owassa Tanner (1859 - 1937) who, taken by the inspirational spirit of the city and its cosmopolitan flavour, made Paris his home.

His most famous painting The Banjo Lesson (Hampton University Museum), was painted out of his concerns for the way African Americans were depicted in paintings. The scene in the Banjo Lesson shows its subjects in noble light.

Later that evening we dined at popular African restaurant, Massai Mara 66 Rue Armand Carrel, 75019 (nearest metro Jaures). The food was first class as was the service and the resident guitarist (a doctor by day) creates a mellow mood. After bidding farewell and promising the Cameroon proprietor that I will return to her establishment we set off for Wine & Bubbles (why don't we have this in London....a wine merchant with a bar to enjoy 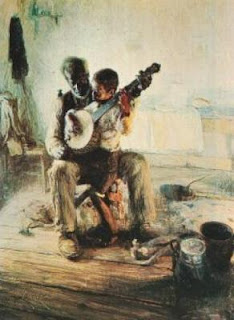 wine and cheese into the early hours.....very bourgeois I hear you say! Final stop, DUC Lombards Club de Jazz at 42 rue des Lombards 75001 (nearest metro Chatelet) where we caught the after show jam session - get there early as nobody seems to leave the joint!
Sunday's pace was somewhat slower but did manage to scoot around Notre Dame before heading back home.
Posted by Alexandra Galleries at 15:08 1 comment: