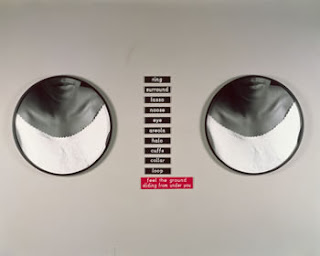 As part of its Talks and Discussion programme, Tate Modern will be hosting an afternoon in conversation with Lorna Simpson, one of the most celebrated artists of her generation.

Talking Art with Lorna Simpson will take place in the Starr Auditorium on Saturday 7 March 2009 with writer Alison Green as the interviewer.

By the mid-90s, Simpson began to concentrate on creating large multi-panel photographs printed on felt that depict the site of public, yet unseen, sexual encounters. More recently, Simpson has turned to creating moving images. In film and video works such as Call Waiting, she features couples engaging in intimate yet incomplete conversations that elude easy interpretation but seem to plumb the mysteries of identity and desire.

Lorna Simpson was born in 1960 in Brooklyn, New York, and received her Bachelor of Arts in Photography from the School of Visual Arts, New York, and her Masters in Fine Art from the University of California, San Diego.

Her work has been exhibited at The Museum of Modern Art (New York), the Museum of Contemporary Art (Chicago), the Miami Art Museum, the Walker Art Centre (Minneapolis), the Museum of Contemporary Art in Los Angeles and the Whitney Museum of American Art in New York. She was the first Black woman to participate at the Venice Biennale and is the inaugural recipient of the Joyce Alexander Wein Artist prize, which recognizes the achievements of an African-American artist of great innovation, promise and creativity.